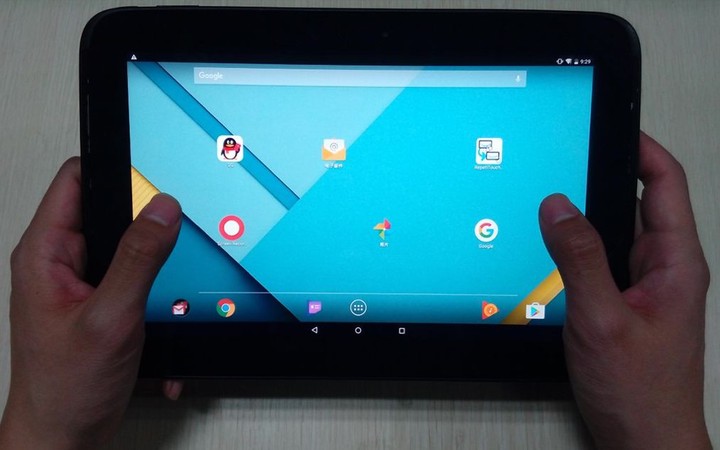 Pointing and gesturing with the dominant thumb (DT) and the non-dominant thumb (NT) are two common tasks for bimanual tablet gripping interaction. Understanding the differences between DT and NT is important to pointing and gesturing based interface design on tablets, but is overlooked by previous studies. We therefore conducted two experiments. In the first experiment, participants carried out pointing tasks with DT and NT, respectively, on a tablet. We found DT and NT input differed in pointing time (DT had average shorter time than NT) and required target sizes for fast and accurate pointing (7.7 mm and 9.4 mm in diameter for DT and NT). On the other hand, DT and NT were alike in pointing accuracy. They performed about the same for target size larger than 9.6 mm and distance shorter than 21 mm. Both DT and NT pointing can be modeled by Fitts’ law. In the second experiment, participants performed gesturing tasks with DT and NT respectively on a tablet. The collected data were analyzed using a set of gesture features. Results showed DT and NT were different in features such as articulation time, size ratio and indicative angle difference, but similar in features like aperture, axial symmetry and shape distance. The differences of time and accuracy between DT and NT depended on gesture complexity but not gesture sizes. We discuss these findings with implications for future bimanual thumb interaction design and research.